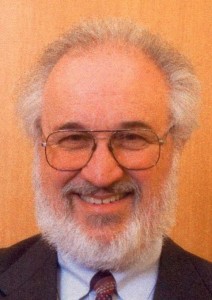 William Thomas DeJohn (Bill) passed away peacefully at home on Monday, Dec. 31, 2012 after a short battle with pancreatic cancer at the age of 72. He was predeceased by his father Thomas DeJohn. Bill is survived by his loving wife of 52 years Kathi. He is lovingly remembered by his sons: Charles (Debra) and Michael (Denise) DeJohn; three granddaughters: Sarah, Trisha and Krysta all of Washington State. His brothers Jerry (Brenda) and Steve DeJohn and mother Pearl Tasch, St. Louis, Missouri. Bill graduated from the University of Missouri with a BA in Russian civilization. He went on to earn a Master’s Degree in Library Science from the University of Pittsburgh. Bill recently retired after 27 years as Director of MINITEX Information and Resource Sharing Program at the University of Minnesota. In lieu of flowers donations may be made to the American Library Association or the Newfoundland Club of America. Visitation will be held at Benson & Langehough Funeral Home on Friday, Jan 4 from 5:00-7:00pm followed at 7:30 pm by Myrtle Chapter 13 OES and Corinthian Masonic Lodge 67 Funeral Ceremonies.

Newly- appointed by the CLIC Board, the Implementation Team has already started to work on…