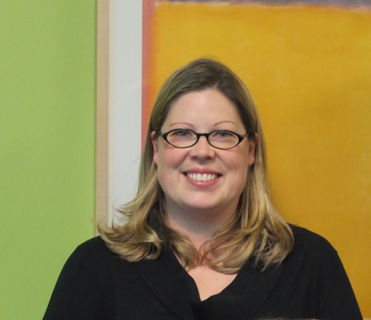 In order to assess library service quality, the Berntsen Library at Northwestern College administered the LibQUAL+® survey to NWC’s students and faculty in 2008 and 2012.
The LibQUAL+® survey assesses library patron’s perceptions of 22 aspects of library service quality, grouped into three major dimensions: Affect of Service, Information Control, and Library as place. 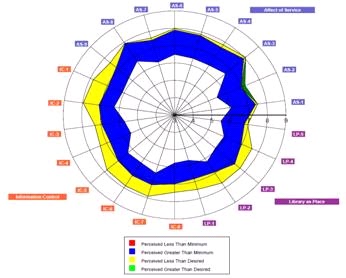 A huge benefit of LibQUAL+® is the comments that survey respondents offer with their response.  About 1/3 of survey respondents left a comment with their survey.  Many of the comments reveal suggestions for specific areas of improvement for the library, such as noise level.  Example: “Once in awhile it is too noisy, but mostly it works great!”  Other comments reveal the aspects that patrons most appreciate about the library, such as reference service.  Example: “The reference librarians at NWC are amazing. Not only are they incredibly helpful, they are also very friendly.”
After the 2008 survey, results were communicated to library staff and other stakeholders such as the campus Assessment Steering Committee.  Changes were made based upon survey feedback, including updating library computers with new software and enhanced printing capabilities, and enhancing study spaces with lighting and electric outlets.  A follow-up focus group was conducted to further understand what students wanted from their library.  The staff of the Berntsen Library is looking forward to analyzing the results of the 2012 survey, especially in comparison to the initial, benchmark survey in 2008.
Share This
Related Posts

Did March come in like a lion or a lamb this year? The I-Team breezed into…