skip to Main Content
The following post is submitted by guest blogger, Michael Mitchell of Bethel University Library, and summarizes his presentation at CLIC’s Kick-off Program on October 26.
At the CLIC Assessment: A View from the Field event, I presented the results of an ethnographic study that had been conducted in the Bethel University Library.  Below are some highlights of what we did and our findings from the study.  But first, let me provide a definition of “ethnography,” taken from Oxford University Press’ Dictionary of Sociology:  Ethnography is”a term usually applied to the acts both of observing directly the behaviour of a social group and producing a written description thereof.” 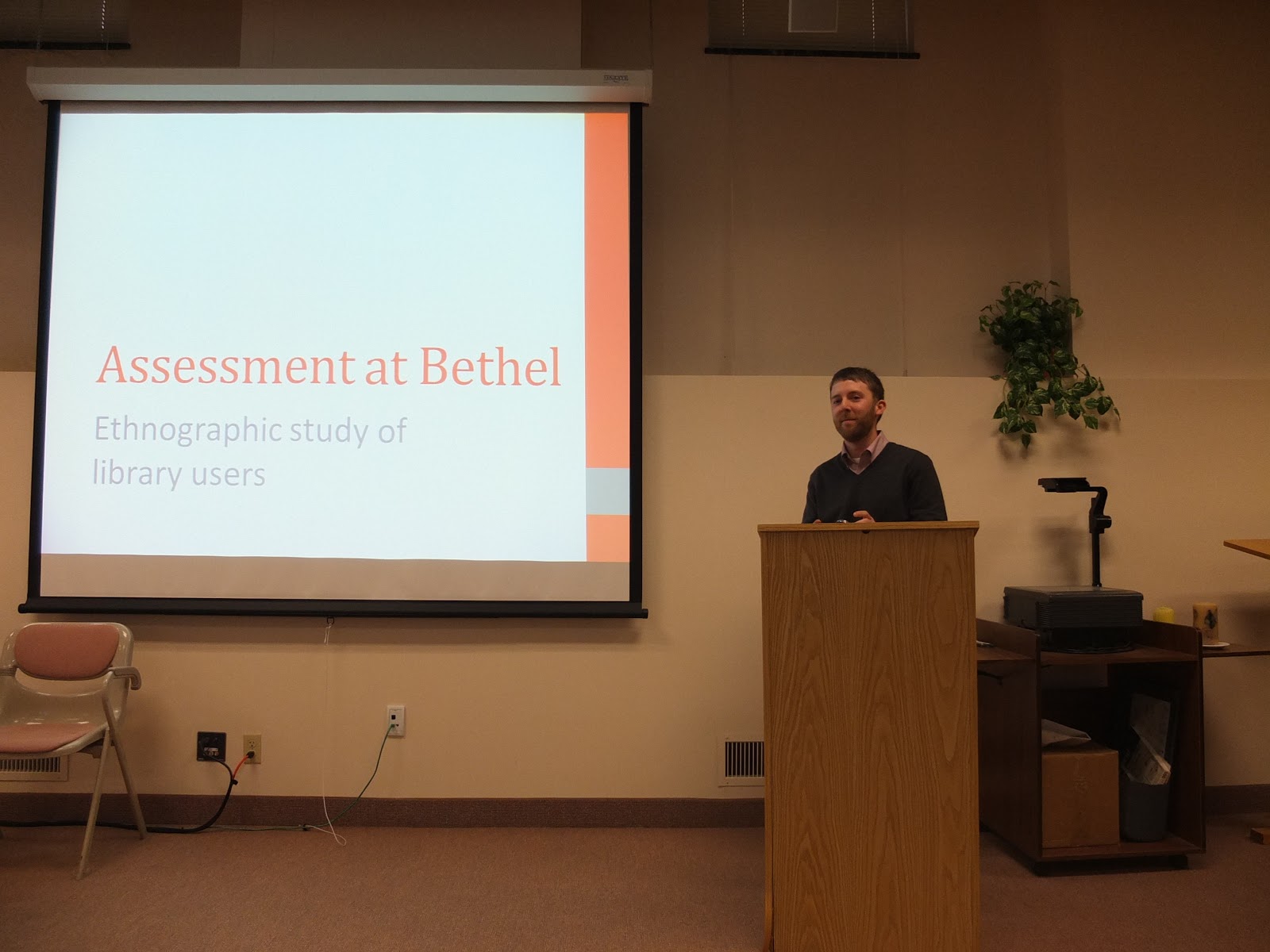 We observe our libraries daily, but our ethnographic study aimed to make a more intentional observation.  We used two complementary tactics for doing this: the first was a series of one-on-one interviews conducted in the Bethel University Library with our users, asking them to tell us: (1) What they were doing in the library, (2) Why they chose the library, and (3) any other information they’d like to provide.   After gathering the data (more than 600 interviews total), we analyzed the responses to come up with themes about our library users and what they valued.   They told us about the benefit of studying in a library that aided their concentration and productivity, and about how valuable it was to have computers and printers available to them.  They also told us to create more group study rooms. 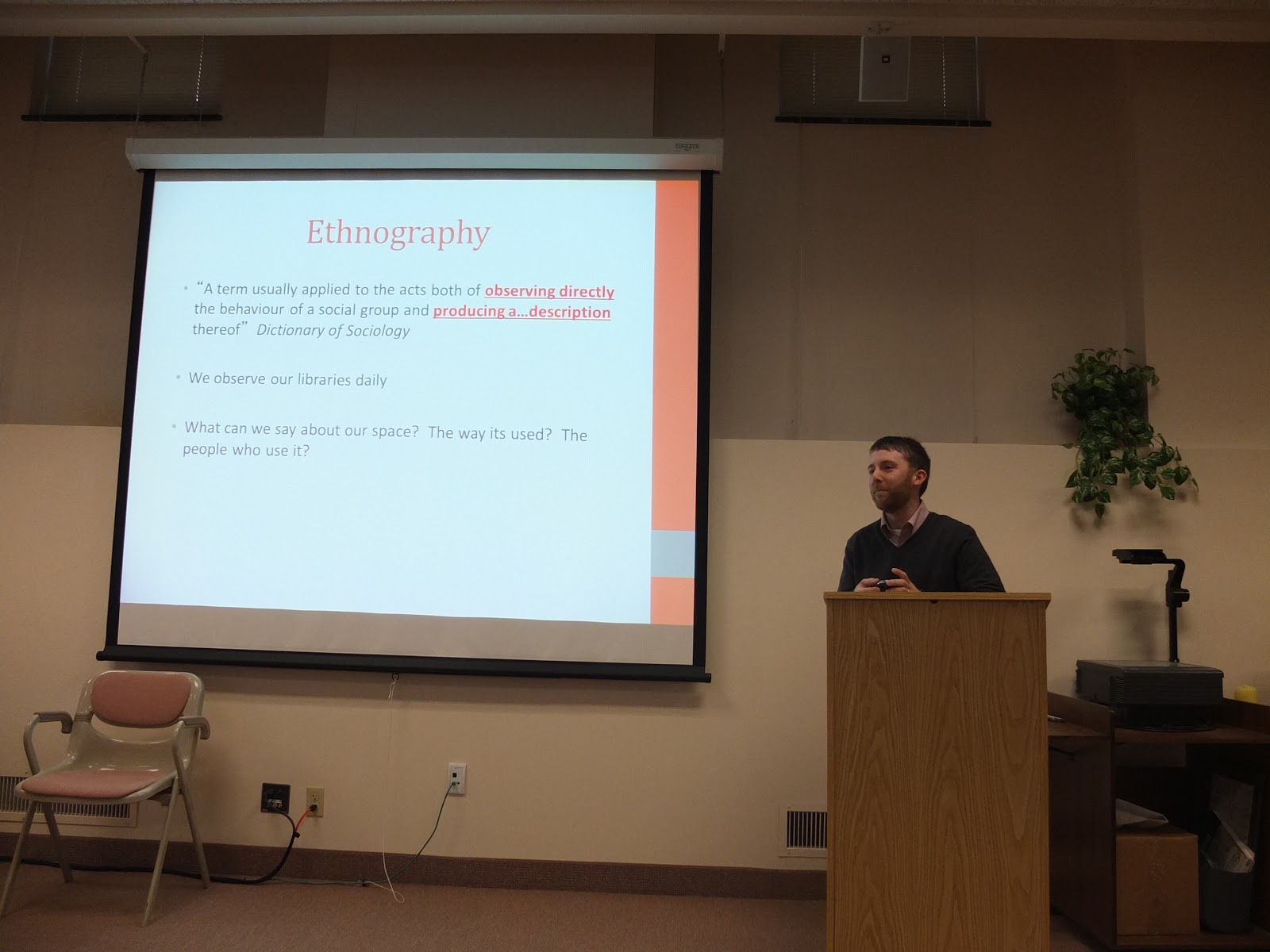 The second part of our study was a “mapping” project that used a seating chart of the Bethel University Library to map out where people were sitting and using computers within the library.  The mapping was done 5 times a day for a full calendar week, and the results were placed into a relational database. By doing this, we were able to see the popular places within our library, the busy and slow times of day, and the spots in which people were likely to be using laptops or  sitting in groups.   We found that the most concentrated spots of our library were our computer labs, and we determined which days were the busiest. 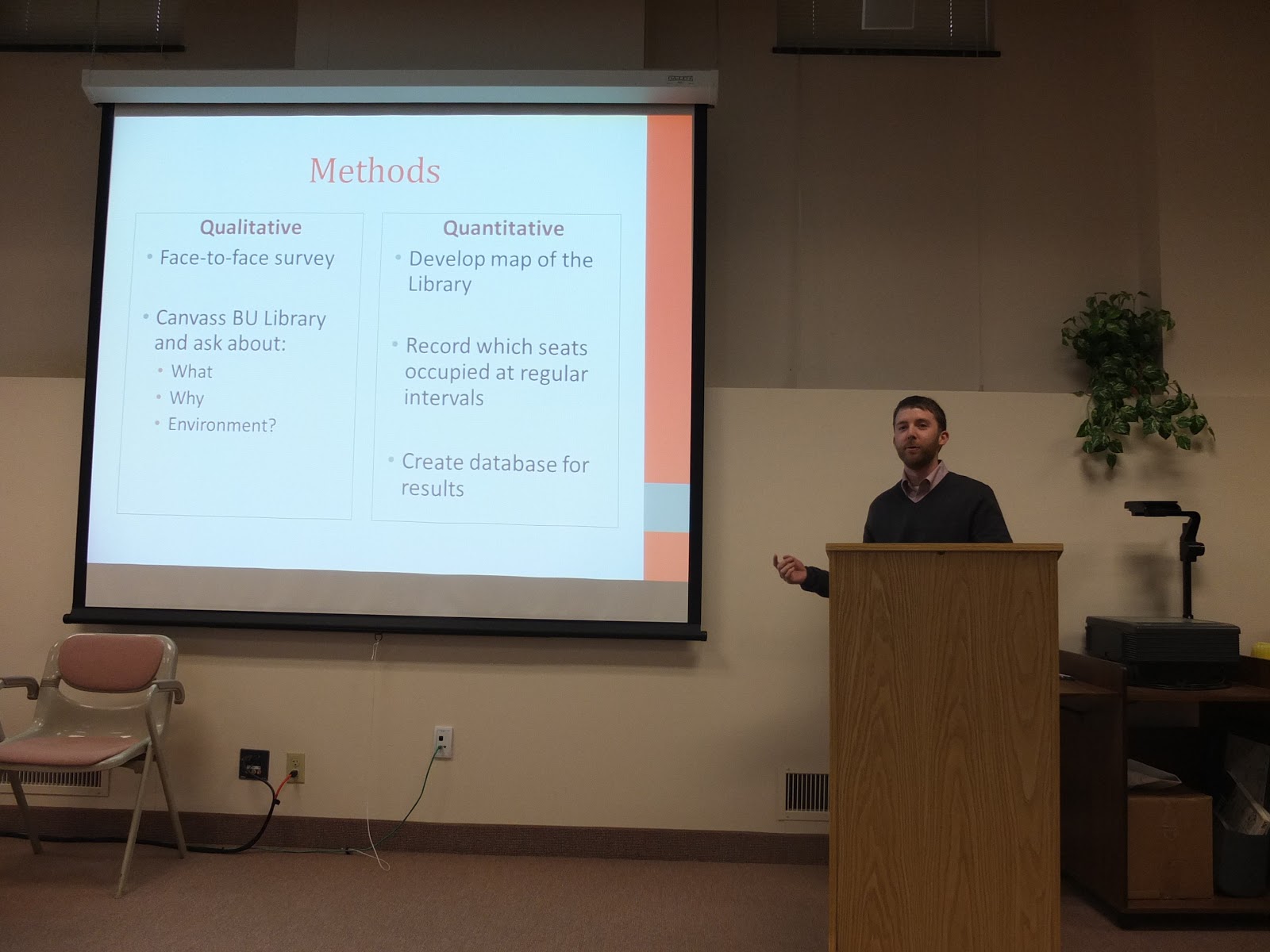 Some of these results are intuitive, and we probably could’ve guessed at what most of the findings would be.  The benefit of the ethnographic study, however, is that now we can say those things with certainty; we have data to back up our gut feelings, and that data is much more convincing when talking to outside constituencies.  The results also challenged some of our own assumptions going into the project, showing us that it’s important to talk to your users to find out what their actual habits and needs are.  We were constantly forced to think about this data both in a holistic way and on a case-by-case basis to see what future improvements we can make to our space and the services we provide.
Share This
Related Posts

Did March come in like a lion or a lamb this year? The I-Team breezed into…